At the Open Knowledge Foundation Deutschland we’ve been advocating for rules and regulation that open up closed systems and processes in areas such as data governance, financial transparency and algorithmic accountability. However, as a small organisation that largely runs on project grants and individual donations, we don’t have the resources to run large-scale advocacy campaigns. The key to success for us has been to rely on a combination of law, tech and crowd to address some of the most important policy issues in our field. Here are two examples to illustrate how we work.

Pushing for transparency in lawmaking

The German Bundestag is the place where laws are made - or so it should be. In reality, most laws are drafted by ministry officials before the draft laws are then given to the Bundestag for debate. While ordinary citizens have virtually no influence throughout the entire law-making process, lobby groups get to comment on the various versions of the laws even during the drafting stages. Once the laws are published it’s nearly impossible to tell to what extent the laws have been shaped by lobbyists as none of the various draft versions nor the submissions of the lobby groups are ever made public.

In 2017 we set out to change this practice. We called on ministries to publish all relevant documents in an easily accessible database and in re-usable formats. When we realized that we wouldn’t be successful with our plea, we launched an online portal that listed more than 17,000 documents from the years of 2013 to 2017 ranging from different draft versions of laws to the written statements and submissions of lobbyists. We then asked citizens to file freedom of information requests for each of the documents by simply clicking a button placed next to the individual documents. Once people received the requested documents, they were asked to upload them to a publicly accessible repository.

Days after the launch of the portal, the number of requests skyrocketed and quickly reached more than 1,500. The government soon faced a massive amount of requests, and we were called to a meeting with government officials in which we were informed that in a joint decision taken by all ministries, they would release all 17,000 documents. What’s more, the new government that came into office earlier this year even [committed to set up their own online platform that would provide access to a range of documents] to increase transparency in the lawmaking process.

Schufa Holding is Germany’s leading credit scoring agency. The company has data on close to 70 million people in Germany, which is virtually everyone aged 18 or older. The data comes from various sources, such as banks and telecommunication companies, and is used to calculate a rating, the so-called Schufa score. A low Schufa score means landlords will refuse you renting an apartment, banks will reject your credit card application and network providers will decline your new phone contract. 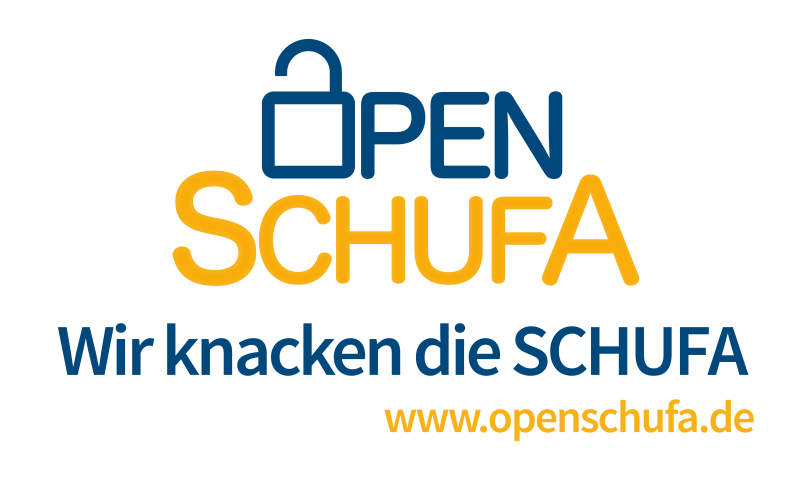 The Schufa score is generated by proprietary mathematical formulas. While citizens can access their individual scores, the algorithm itself is not accessible to the public. But what if your the score is low because of an error in the data collection and entry process? Or what if the mathematical model itself is flawed and discriminatory?

In February 2018, in partnership with Algorithm Watch, we launched Open Schufa to shed light on the algorithm that is used to calculate the individual scores. To do so we crowdsourced data from thousands of citizens who were willing to submit their individual scores to help us reverse-engineer the algorithm. With a group of credit scoring and data protection experts we’re now in the process of analyzing the data to see if we can bring greater transparency into the Schufa algorithm.

While the project is still on-going, we’ve already been successful in initiating a public debate about Schufa’s algorithm specifically and credit-scoring as well as closed algorithms and their impact more broadly. What’s more, in the past weeks we’ve been invited to meetings with various government agencies to explore ways to increase transparency and accountability in algorithmic decision-making.

Much of our advocacy builds on a simple formula:

By combining these three assets we are able to empower citizens, to make government more responsive and to bring transparency into opaque systems.

While it may not be applicable across all countries and sectors, we hope that other organisations working in similar contexts and facing similar constraints will the lessons we learned helpful. Get in touch if you want to talk. We’re always keen to learn about similar initiatives.